My research at the University of Adelaide uses different aspects of sedimentology to reconstruct the paleogeography of South Australia during the Ediacaran Period, just before the first appearance of multicellular life. By looking the distribution of sedimentary features across a large area, we can get a good idea of the physical processes operating at the time of deposition. These could include waves, tides, fluvial processes in rivers, windblown dunes, soil formation, etc.- all of which reveal important information about the ancient landscape. By combining this data with sediment provenance from detrital zircons, we can start to put together a complete picture of the sedimentary system that existed 560 million years ago. 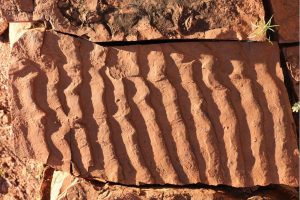 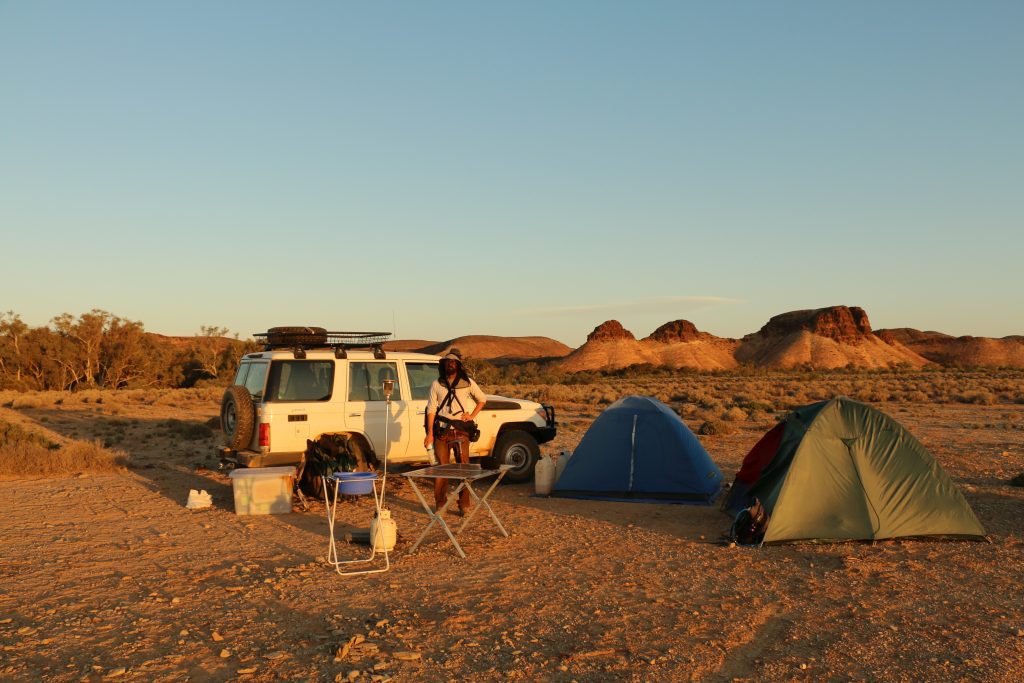 One of the challenges of working with many Precambrian sediments is the lack of diagnostic trace or body fossils that can pinpoint the environmental setting in otherwise ambiguous sediments. Much of the Bonney is composed of interbedded sands and shales that might be formed in a range of environments; only through careful study of the suite of sedimentary lithofacies present can the environment be determined with some degree of confidence. Fieldwork can also be challenging; most of the Flinders Ranges is remote. The landscape is arid, mountainous, and rugged; mapping and measuring sections usually involves many days self-sufficient camping and many kilometres of hiking each day. Despite these difficulties, my PhD work has been an extremely rewarding experience. Three years ago, I left my job in the industry to get back to my roots as a geologist. I have found that Australia contains excellent geologic features, and in many cases, one can be the first geologist to examine many beautiful outcrops in detail. There are definitely ample opportunities for much more high-impact research to be done here in the future.

Gigapan image of a well exposed section of the Pound Subgroup in the central Flinders Ranges. Click on the image to zoom from outcrop scale to decimetre scale!