Here is something a little out of the ordinary; classic tidal indicator sedimentary structures that were observed at the shoreline of Lake Eyre, a playa in semi-arid central Australia. They include mud draped foresets, with lateral change from muddier to sandier bundles, paired mud drapes, reactivation surfaces, flaser, wavy and lenticular bedding, and sand- and mud-filled dessication cracks. 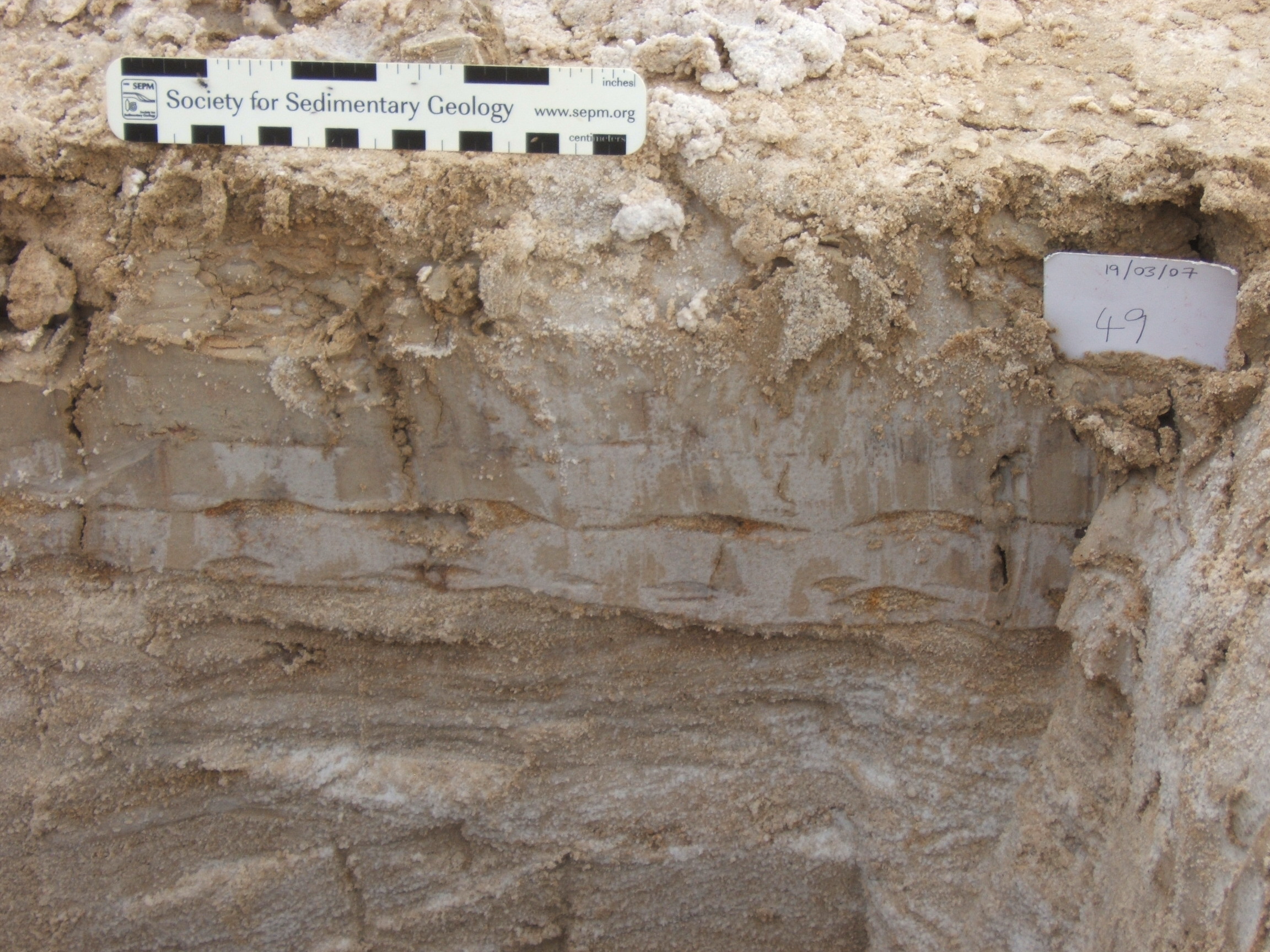 Such features are commonly formed by tidal currents in marginal marine environments, related to astronomical forcing by the sun and moon. This isn’t possible in a shallow ephemeral lake! 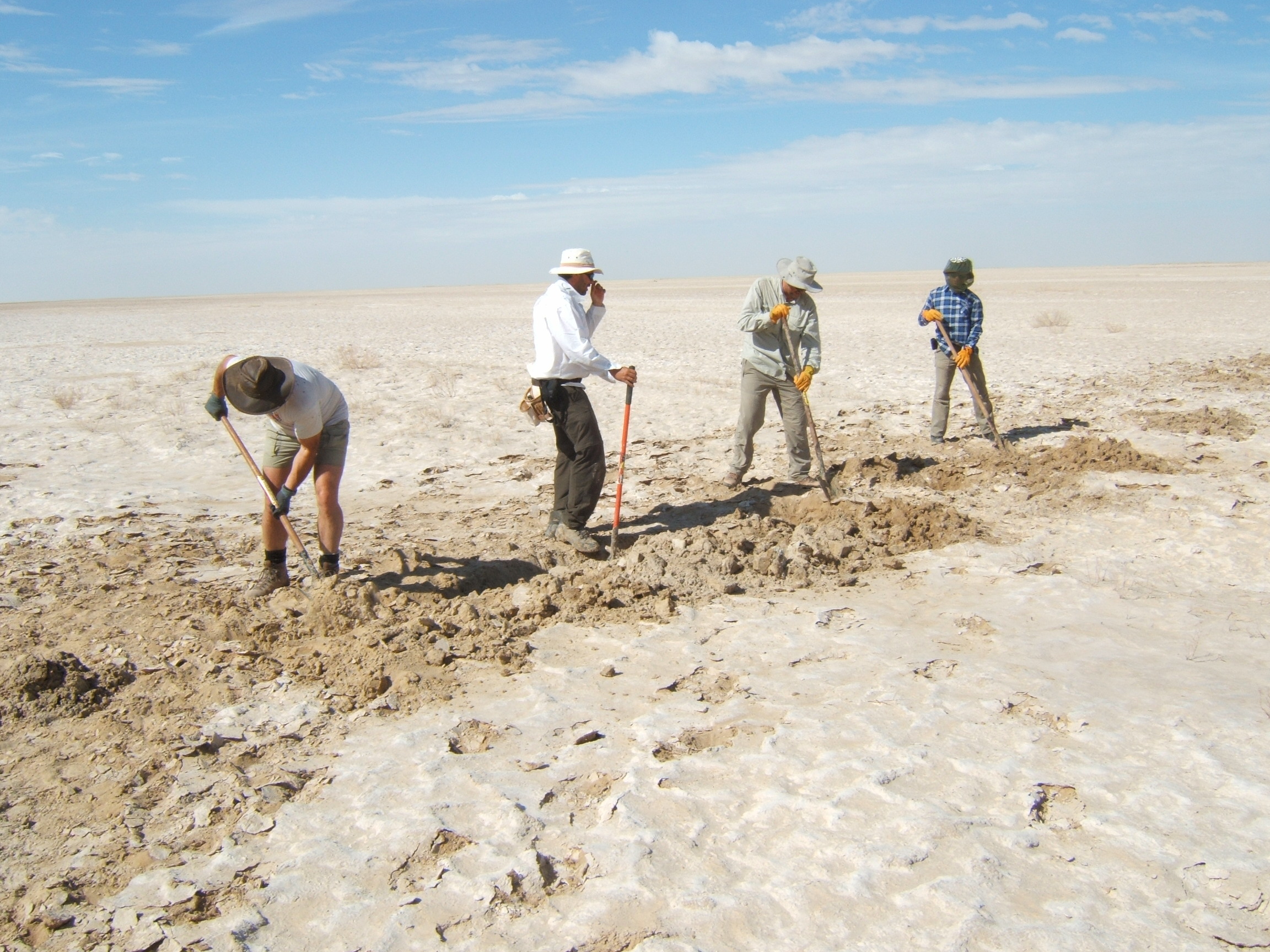 These features in Lake Eyre are interpreted to result from tides formed as a result of daily fluctuations in wind direction and velocity, along with weekly to monthly variations in discharge from the river. It is possible that interpretations of such structures in ancient successions without other lines of evidence for a marine environment may instead be continental. If you’re keen to read more, this work was published by Ainsworth et al in Geology in 2012 (v40 n7 p607-610). 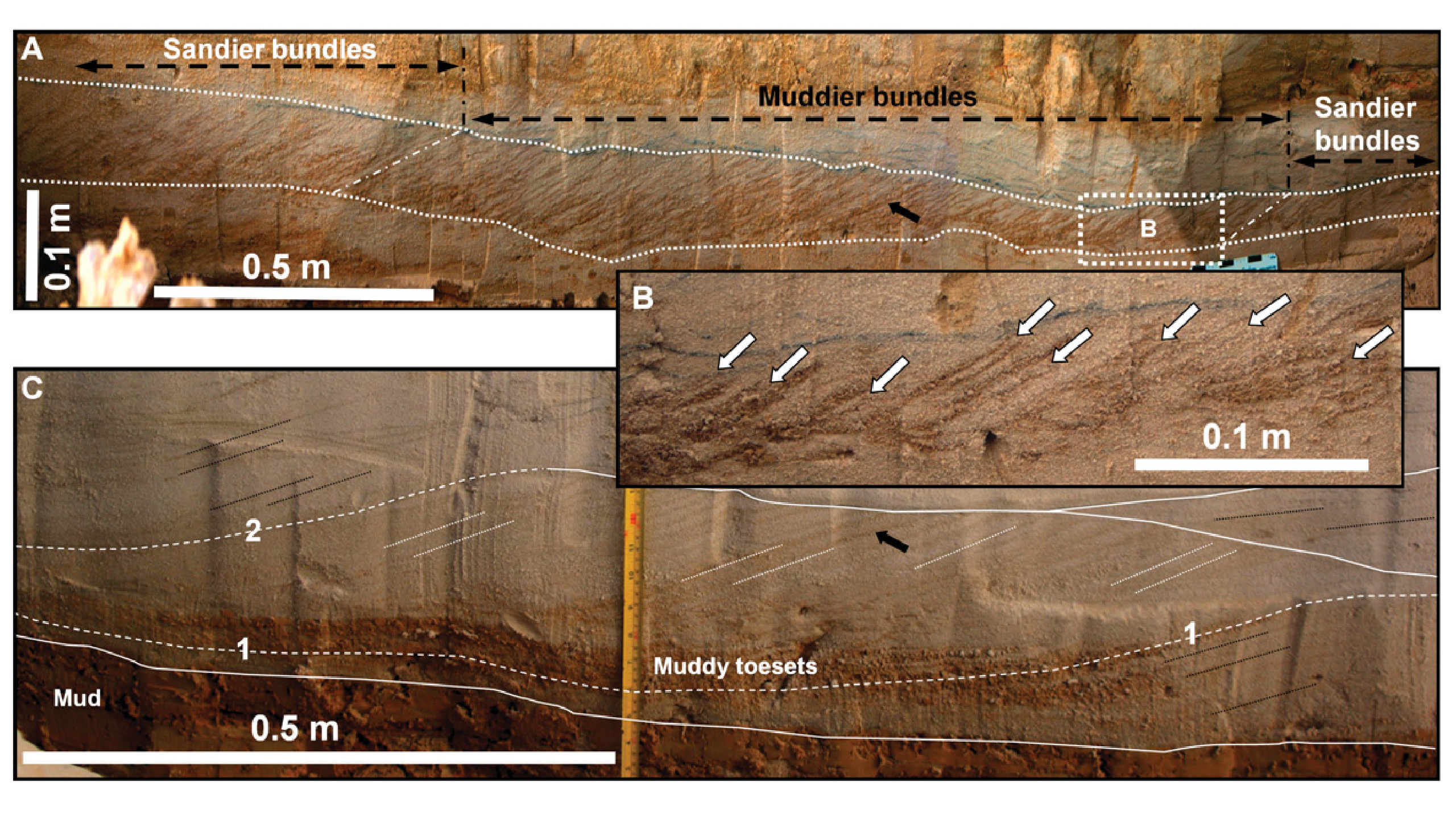